The cannabis plant has been around for centuries. It was used for its medicinal properties, and ancient shamans prescribed cannabis to ailing patients for pain relief. However, over the years, science and modern medicine have managed to catch up with the plant and explore more of its benefits than before.

The cannabis plant has two significant species that dominate the market, hemp, and marijuana. Right now, hemp extract CBD and CBD oil products, like Charlotte’s web CBD oil, is growing in popularity. Other components of the cannabis plant, like THC, are also being studied. However, THC is a psychoactive chemical element and isn’t entirely legal in many states; this is because it’s mostly found in marijuana, which is not legalized in most of the United States.

Cannabinoids have been subjected to many controversies and social taboos, but this is only because people need to get their facts straight. CBD is an extract that is taken from industrial hemp, and they have low THC levels that make them legal to sell and not psychoactive. Hence, you can have the oil and enjoy the pain relieving benefits without getting intoxicated. CBD oils are used in many product variations that can be consumed orally and applied topically.

There is a matrix that exists in you, and this is where the brain and body meet and cannabinoid therapy helps with that. CBD is quite similar to the cannabinoids that are produced within our body, and when you ingest CBD oils, it encourages your brain to produce more of its natural endocannabinoids. When you get a hold of this mechanism, you can create a link between the physical health and mental health of your body. The endocannabinoids act as a bridge between the brain and the rest of the organs in your body.

The Risk of Obesity and Diabetes Is Reduced:

Studies have shown that the regular use of CBD oils like Charlotte’s web CBD oil, help in maintaining optimum weight and diminishes the early onset of diabetes. However, it’s important to remember that you stick to the optimal dosage of the oil to avoid any side effects. Unlike THC, CBD does not increase the release of the hunger hormone, ghrelin. In 2006, a study was conducted on lab rats that were diagnosed with diabetes. After providing them with a dose of CBD oil consistently, it was found that their weight had reduced and insulin stabilized.

When your body produces insulin in excess, then it gets converted to sugars that get stored as fat; eventually, this process leads to weight gain and obesity.

Studies found that patients who have high blood pressure levels and took CBD oils found their blood pressure stabilized over time. Coronary diseases are mostly linked to a hectic lifestyle and an unhealthy diet. When you consume CBD oils, the CB2 receptors in your brain heighten, and they begin to respond to inflammation and pain, and releases endocannabinoids that decrease any swelling and pain.

Risk of Cancer Is Reduced:

A 2012 study showed that animals that were treated with CBD oils were less likely to develop colon cancer; this was after they were exposed to carcinogens in a laboratory. Topical cannabis products can be used to prevent skin cancer. Present research is more focused on finding the right CBD oil dosage that is effective at preventing cancer.

CBD consists of cannabinoids that protect the neural activity in your brain, the effect relates to many actions on the brain, and this includes removing any cells that are damaged and improving the mitochondrial efficiency. CBD also helps reduce the toxicity of glutamate. Glutamate stimulates your nerve cells, and extra glutamate can increase the electrical activity in the brain which can cause epilepsy and in extreme cases, death. Thus, if you’re prone to seizures, then CBD oils like, Charlotte’s web CBD oil, protect your brain cells from any damage, keeping it healthy and functional; CBD also reduces the inflammation in the brain.

CBD also helps with the regeneration of cells. As you age, the production of new cells in your brain becomes slow. A study conducted in 2008 showed that CBD products promote the production of new cells in the brain, provided that CBD is taken in low doses. This way, CBD helps prevent the onset of degenerative diseases like Alzheimer’s and neuropathy.

Heals and Protects Your Skin:

Your skin is the largest organ, and it has the most number of CB2 receptors. So, you can use products that have CBD and can be applied topically like lotions, serums, or salves; they contain plenty of antioxidants and include a good number of benefits for your skin when applied topically.

0 Shares
Previous Post: « Tips to Help You Finally Stop Being a Hoarder
Next Post: Stylish Ceiling Ideas That Can Change the Look of Your Home » 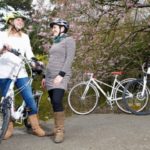