Addison’s disease or adrenal deficiency occurs due to uneven production of certain hormones inside the human body. To be more specific about the disease, here adrenal glands produce very less amount of cortisol and aldosterone in the body, which leads to certain deficiencies.

This disease is most common in all age groups and sexes. Case studies suggest this can even be life-threatening. Since this is a hormone deficiency disease, so the cure lies in taking up hormones to compensate what is missing.

Let’s talk about the Symptoms of this disease,

Well, it’s a common fact that most of the diseases grow up slowly and it’s same for Addison’s disease as well. It develops slowly inside the body, as slow as it cannot be determined easily by the patients who are actually suffering from it until they experience unusual stress like illness. Here are a few common symptoms listed below:

• Depression or even Fainting

But cases even observe that the effect of this disease is even suddenly experienced. In such cases talk to your doctor if you always feel tired, weak, or are losing weight and can check your medicine using medicine tracker.

People do have an ignoring tendency within them to let go of things or changes what are going inside them. But beware of such mistakes; see a doctor as soon as possible if you observe the following changes in you:

• Gastrointestinal problems which may include vomiting, abdominal pain.

Experiencing such issues? Do not wait to consult your Doctor.

Moving towards the most important segment of the disease, ever imagined how it is caused? What are the reasons behind the incarnation of this disease in the body? So, the very basic theory suggests that it is caused by damage to the adrenal glands, which results in a deficiency of hormones like cortisol and aldosterone. Adrenal glands are the part of our endocrine system inside the body which has the functionality to give instructions to all organs and tissues in our body.

Medulla and Cortex are the two sub-divisions of the adrenal glands, which are the inner and the outer layers, respectively. Here medulla produces adrenaline hormones, and cortex produces a group of hormones, namely corticosteroids which includes:

• Glucocorticoids- These hormones are responsible for the conversion of food into energy inside our body. It includes cortisol in it, which plays a vital role in the inflammatory response of the immune system. Apparently, it also makes the body respond to problems like stress.

• Androgens- These are the hormones present in male sex and are produced in very small amount by the adrenal glands in both men and women. The main function of this is in the development of the male and in influencing the mass of the body.

• Mineralocorticoids- These hormones include aldosterone, which maintains the body balance in terms of sodium and potassium. Balance of these two helps in making the blood pressure normal.

A special condition occurs in the body where the cortex is damaged and stops producing enough hormones. This is also known as the condition where the body starts attacking itself, aka autoimmune disease. The reason to discuss this issue is, people with Addison’s disease have a higher probability of suffering from another autoimmune disease. Failure of the adrenal gland may result in the following:

• Spreading of cancer to Adrenal Glands

• Bleeding in the Adrenal Glands

Addisonian Crisis- The one who has an untreated Addison’s disease may also have an Addisonian crisis due to stress, like an injury, or illness. Generally, adrenal glands in response to physical stress produce two or three times more than the usual quantity of cortisol. Due to adrenal deficiency, cortisol production reduces, which leads to an Addisonian crisis. This crisis leads to a life-threatening situation, which results in low blood pressure, sugar level, and sometimes high blood levels of potassium. Immediate medical attention is needed in this case for a patient.

This disease actually doesn’t have any prevention, but there are a few steps which can be followed in order to avoid Addisonian crisis:

• Talk to your doctor if you always feel tired, weak, or are losing weight and can check your medicine using medicine tracker.

• In a condition where a person is not well or very sick, specifically, if a person is vomiting must go to the emergency room in case taking medication is not possible.

• If the person is already under diagnosis by a doctor for Addison’s disease, then they must consult their doctor regarding what are the dos and don’ts when they are sick.

Apart from this, a few holistic remedies can be utilized which are helpful to people who are suffering from this disease

• Trying out some stress relief techniques like Yoga and Meditation

• A moderate amount of Protein with a balanced diet, you can also track your diet effortlessly with a food diary.

Studies suggest that there may be hereditary factors linked with the Addison’s disease, and cases also prove that only certain genes of people are highly prone to this disease. As discussed above if someone is suffering from autoimmune issues, in that case, it may result in complications further. There is no particular age group to which this disease is most common; rather, it can happen to a person belonging to any age group or any sex. Unfortunately, there is no cure for this disease yet, but to prevent it from creating worse effects, injuries, and infections must be avoided.

0 Shares
Previous Post: « Welcome to Hamburg – Germany’s Gateway to the World
Next Post: Hair Trends for Spring and Summer 2019 | What Are the Trendiest Picks? » 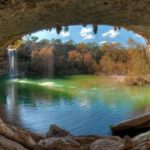