Knowing when the time is right to invest in an entirely new roof can be difficult if you are not a professional. What might seem like a perfectly good roof that has yet to cause you any problems could, unbeknownst to you, be on the verge of collapse, or at least be no longer capable of doing its job of protecting the inside of your house from the elements.

As expensive and long-winded as it might sound, replacing the roof with a new one could be a far more sensible solution than going about making small repairs in an attempt to extend its lifespan for a few more months or years. Sometimes, it is best to accept the inevitable and make the investment, safe in the knowledge that you have taken the best course of action,

So, what are the signs that suggest it is time to fork out the cash and get a replacement? Here are some of the most obvious indicators to help you make the decision.

When you’ve had it more than 25 years

The lifespan of the average asphalt shingle roof is generally between 25 to 30 years, according to the majority of roofing experts. While this figure varies depending on a number of factors, including the quality of materials used, the climate and the quality of craftsmanship, a quarter of a century tends to be a fairly accurate rule of thumb for most asphalt roofs.

If your roof looks as though it is still in fairly good condition, yet you know that it has long surpassed its life expectancy, then it is probably time that you arrange to have it replaced to avoid any potential damage to the interior of your home further down the line. Waiting to replace it beyond its 25-30 year lifespan will only be a case of delaying the inevitable, while at the same time increasing the risk of something disastrous occurring, which could end up costing far more in expenses than if you had got the replacement earlier on.

When the shingles start to look worn or are missing

Shingles offer the first line of defense between the interior of your house and the elements, and they are specially designed to protect against water, wind and, in some cases, fire damage. However, over the years, shingles can start to wear down and lose the properties that make them so effective on roofs, while they also have a tendency to fall out.

Although this is not considered a problem for one or two missing shingles, several missing shingles could be a sign of faulty installation or damage, which calls for the entire roof to be replaced.

Furthermore, missing shingles causes a roof to weaken and let in water, which, in the worst-case scenarios, can lead to the entire roof caving in. Therefore, replacing it before this becomes a possibility could end up saving you a whole lot of hassle and expense.

When moss and fungi becomes excessive

Checking your roof for signs of excessive moss and fungi is easily done and could be a glaring sign that the whole thing needs replacing. Although some consider the presence of moss to be nothing more than an eye-sore, it can, in fact, cause problems when it gets into the gaps and starts letting in water from outside. It can lead to premature deterioration of the shingles through chemical and physical processes.

Furthermore, excessive moss is a bad sign for potential house buyers. If your property is on the market, people will not be keen to purchase a house that appears to have an aging roof that they know will demand an expensive replacement soon after they move in.

Power cleaning and scraping off the moss is not a good idea as it can weaken the shingles, rendering them useless. Instead, search online for “roofers in my area”, and repair or possibly replace the entire roof with algae-resistant tiles to prevent the problem from recurring.

Accepting the fact that you need a new roof can be tough. Not only is it expensive, but it requires professional outside help that can cause a disturbance to your daily life.

However, choosing to ignore the problem and wait for damage to occur before making the investment has the potential to lead to far more expensive problems, such as extensive water damage, which could have been avoided had you gone ahead and got the replacement sooner by listening to the signs.

0 Shares
Previous Post: « Questions you should ask your real estate agent
Next Post: How to Stay Healthy Every Day » 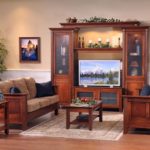